Demystified: The largest flying animal ever on the Earth – Quetzalcatlus.

Speaking of the largest animal that has ever existed in the world, everyone knows that it is the blue whale, but what about the largest flying animal? Imagine a more impressive and terrifying creature roaming the swamp about 70 million years ago, a nearly 4-meter-tall Pterosauria known as Quetzalcatlus, which belongs to the Azhdarchidae Family. Its wings can reach 12 meters long, and it even has a three-meter-long mouth. It weighs half a ton. Yes, Quetzalcatlus is the largest flying animal known to the earth.

The genus name of Quetzalcatlus comes from Quetzalcoatl, the Feathered Serpent God in the Aztec civilization.

Quetzalcatlus was definitely a very powerful existence at that time. Basically, the young Tyrannosaurus Rex had no resistance at all when it encountered the Quetzalcatlus. They have a fast metabolism and need to eat regularly. Because its body is streamlined, it needs a lot of protein for energy. A small Tyrannosaurus rex weighing less than 300 pounds can be regarded as a meal by it. This Pterosauria also had huge wings, which made it suitable for long-distance gliding. 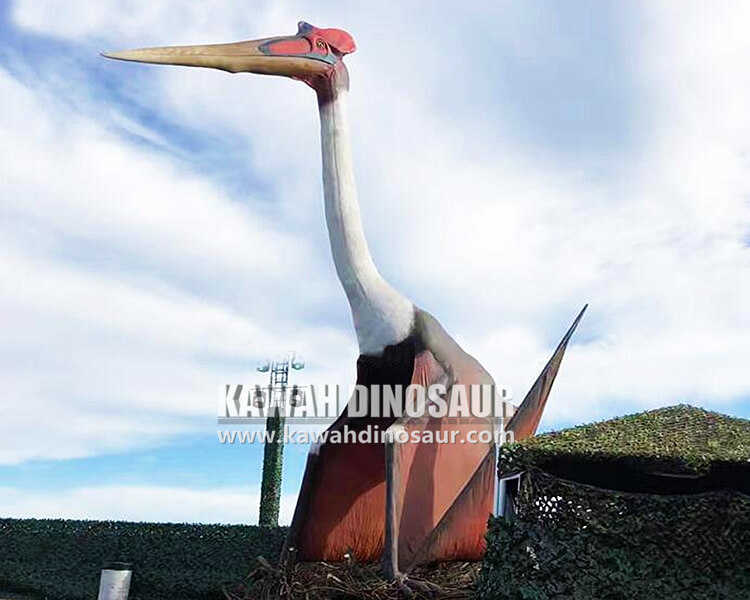 The first Quetzalcatlus fossil was discovered in Big Bend National Park in Texas in 1971 by Douglas A. Lawson. This specimen included a partial wing (consisting of a forelimb with an extended fourth finger), from which the wingspan is presumed to exceed 10 meters. Pterosauria were the first animals to evolve powerful ability to fly after insects. Quetzalcatlus had a huge sternum, which is where the muscles for flight were attached, much larger than the muscles of birds and bats. So there is no doubt that they are very good “aviators”.

There are many different opinions on the way of life of the Quetzalcatlus. Because of its long cervical vertebrae and long toothless jaws, it may have hunted fish in a heron-like manner, carrion like a bald stork, or a modern scissor-billed gull. 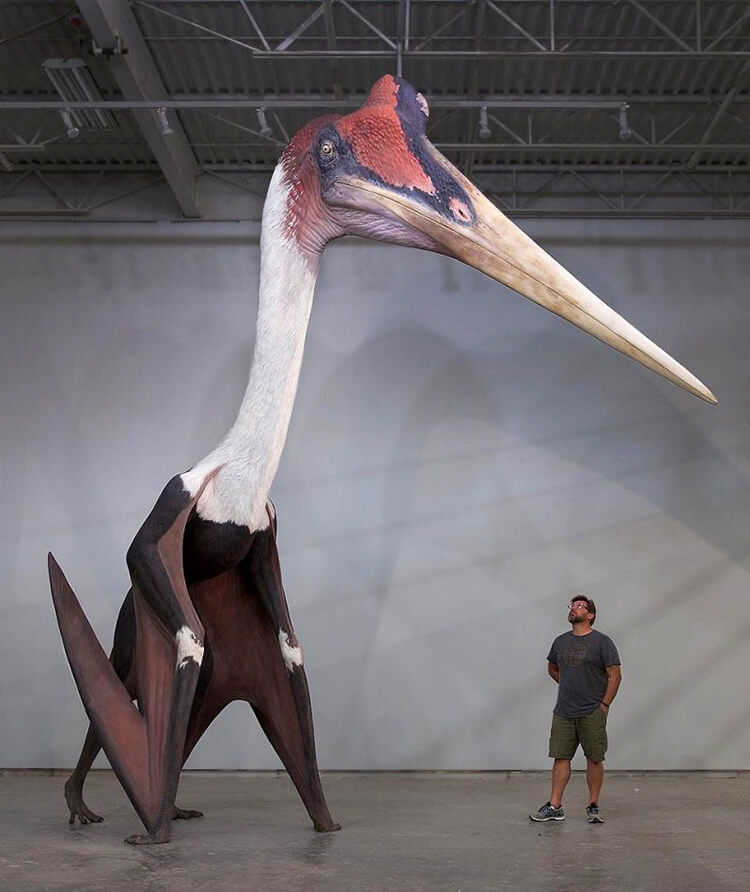 Quetzalcatlus is assumed to take off under its own power, but once in the air it may spend most of time gliding. 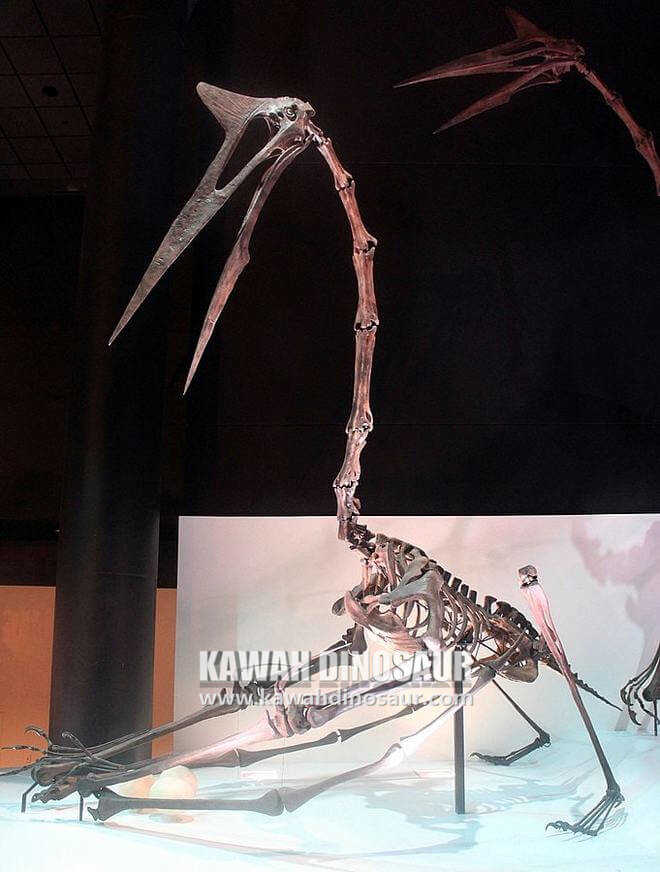