What is mammoth? How did they go extinct?

Mammuthus primigenius, also known as mammoths, are the ancient animal which were adapted to cold climates. As one of the largest elephants in the world and one of the largest mammals that have ever lived on land, the mammoth can weigh up to 12 tons. The mammoth lived in the late Quaternary glacial period (about 200,000 years ago), which is later than the Cretaceous period of the dinosaurs. Its footprints are distributed in the northern regions of the northern hemisphere, as well as in northern China.

Mammoths have tall, round head and long nose. There are two curved teeth, a high shoulder on the back. The hips are slumped down, and a tuft of hair grows on the tail. Their body is more than 6m long and more than 4m tall. All in all, their shape is more similar to elephants, because they are biologically in the same family as elephants. 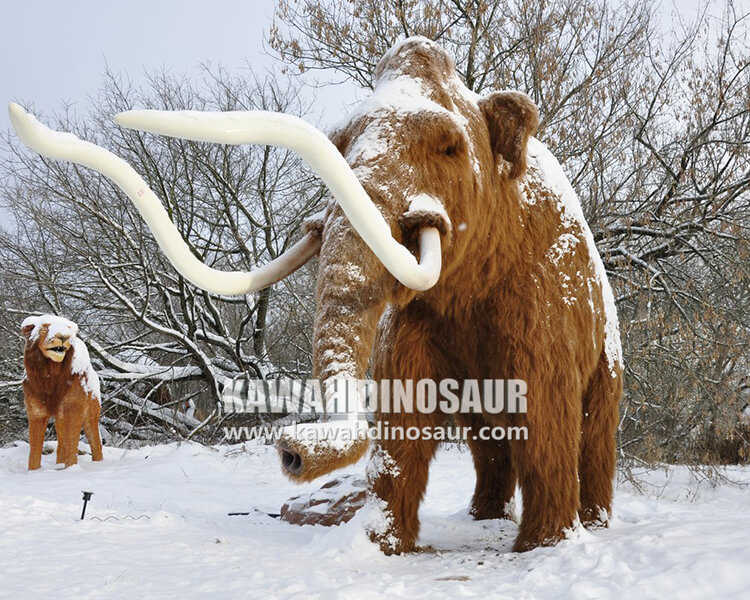 How did Mammoths go extinct?

Some scientists believe that mammoths died of coldness. This may be caused by a violent collision between two plates, leading to volcanic eruptions and thermals entering the upper atmosphere. There was an unprecedented low temperature on Earth, and then, in the catastrophic downward spiral of the poles, it ended up in a warmer air. When it passed through the heating layer, it will become into a violent wind and it will reach the ground at a very high speed. The temperature on the ground plummeted, and the mammoth froze to death. 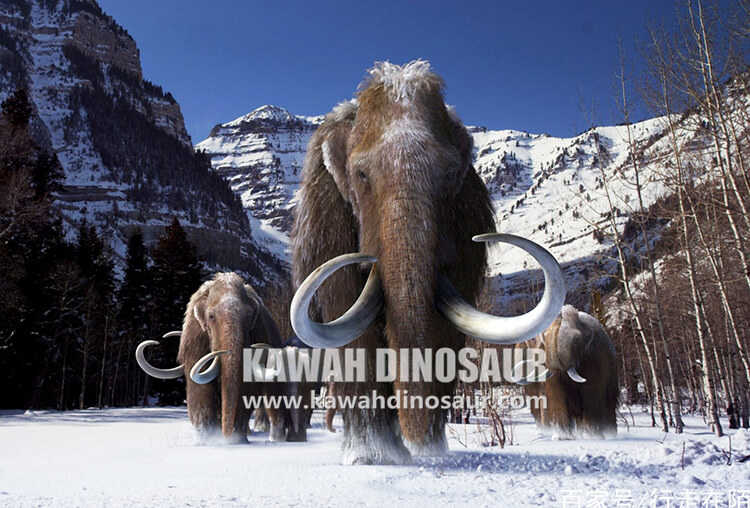 Other scientists believe that the wild hunting of mammoths by ancient North American Indians was the direct cause of their extinction. They found a knife on the mammoth skeleton and proved through scanning electron microscope analysis that the wound was caused by a stone or bone knife, rather than the result of mammoths fighting each other or mining caused by the destruction. They say ancient Indians hunted and killed mammoths with their bones, because mammoth bones have a similar sheen to glass and can use it as a mirror.

There are also some scientists who believe that at that time, a large amount of cometary dust entered into the space of the upper atmosphere of the earth, and a large amount of solar radiation was the dust reflected back into space, leading to the last ice age on the earth. The ocean transfers heat to the land, creating a true “ice rain.” It was only a few years away, but it was a disaster for the mammoths.

It’s still a mystery as scientists debate the extinction of the mammoth. 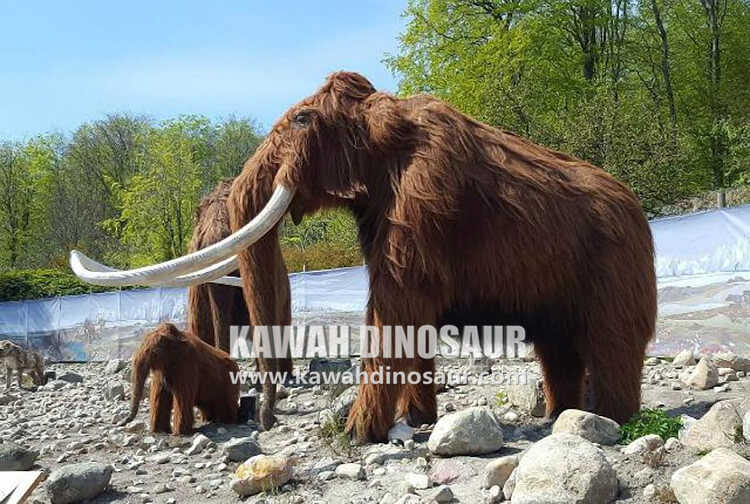 Kawah Dinosaur Factory used simulation technology to design and create a simulation animatronic mammoth model. Its interior adopts a combination of steel structure and machinery, which can realize the flexible movement of each joint. In order not to affect the mechanical movement, a high-density sponge is used for the muscle part. The skin is made of a combination of elastic fibers and silicone. Finally, decorate with coloring and makeup. 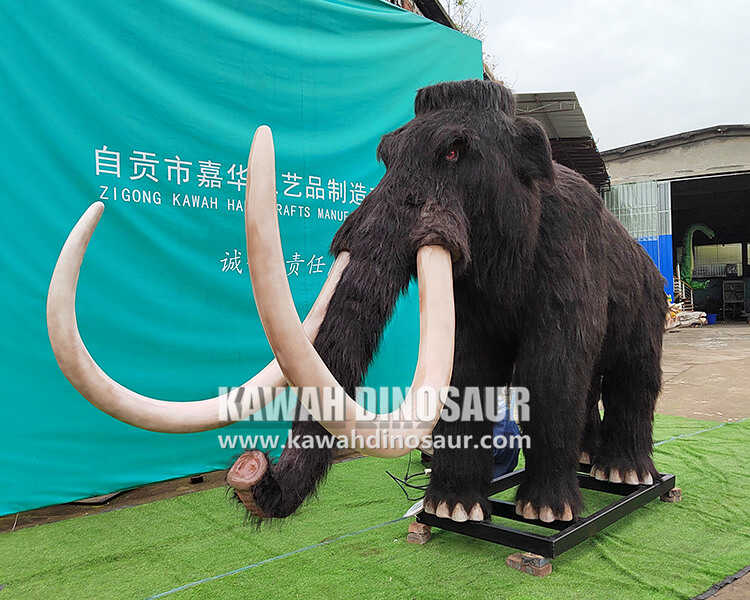 The skin of the animatronic mammoth is soft and realistic. It can be transported for long-distance. The skin of models is waterproof and sun protection, and can be used normally in the environment of -20℃ to 50℃. 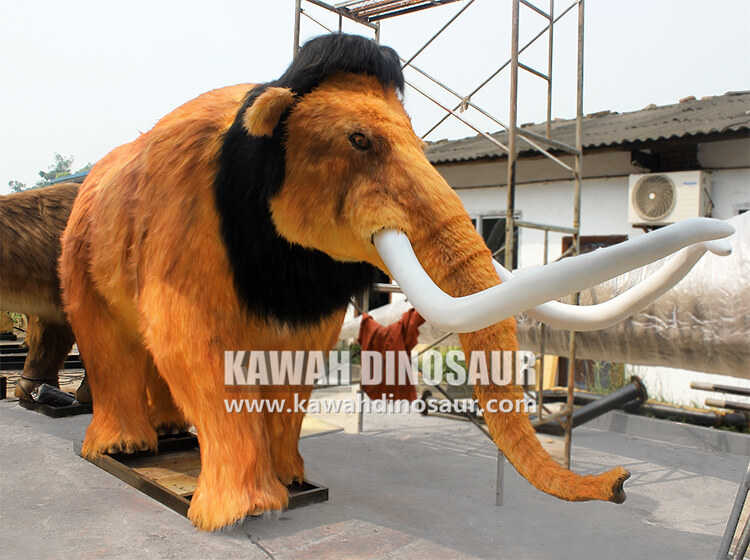