As is known to us all, prehistory was dominated by animals, and they were all huge super animals, especially dinosaurs, which were definitely the largest animals in the world at that time. Among these giant dinosaurs, the Maraapunisaurus is the largest dinosaur, with a length of 80 meters and a maximum weight of 220 tons. Let’s take a look at the 10 largest prehistoric dinosaurs.

The length of Mamenchisaurus is generally about 22 meters, with its height is about 3.5-4 meters. Its weight can reach 26 tons. Mamenchisaurus has a particularly long neck, equivalent to half its body length. It lived in the late Jurassic period and was distributed in Asia. It is one of the largest sauropod dinosaurs discovered in China. Fossils were found at Mamingxi Ferry in Yibin City. 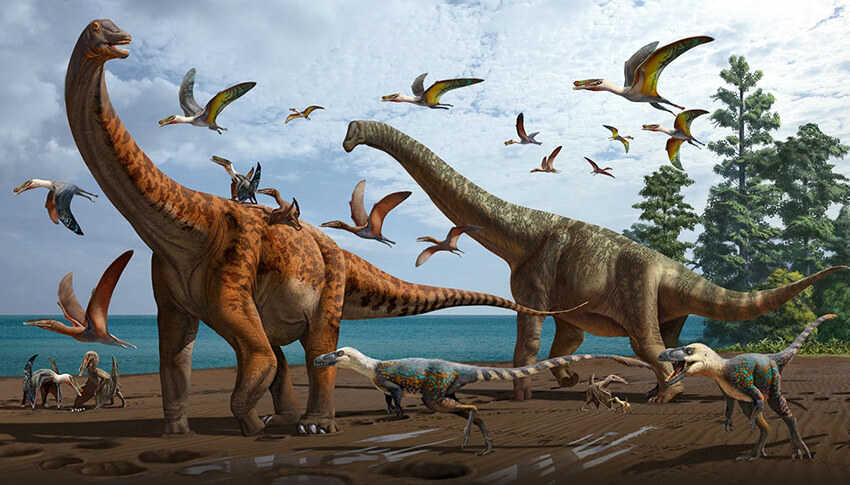 Apatosaurus has a body length of 21-23 meters and a weight of 26 tons. However, Apatosaurus was a milder herbivore that lived in plains and forests, probably in packs. 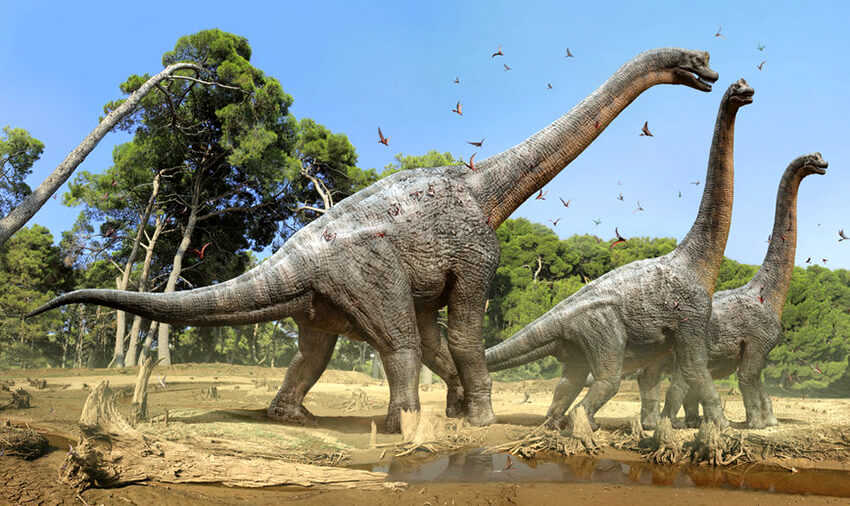 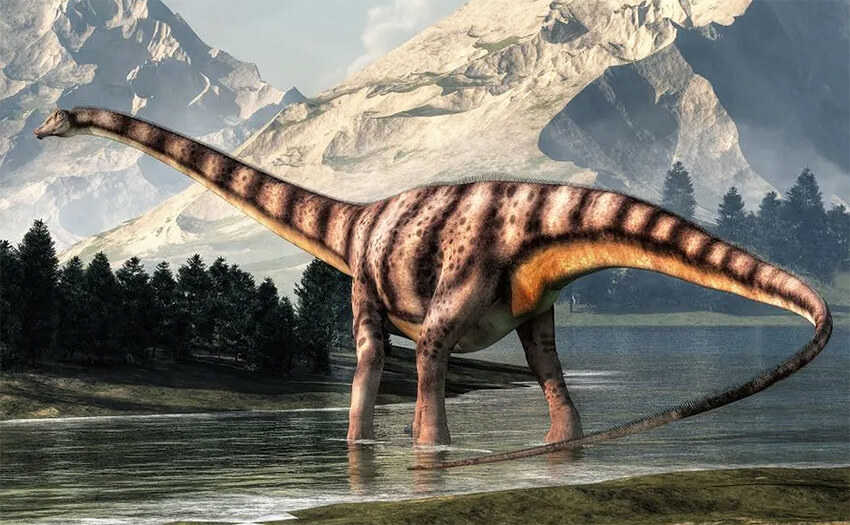 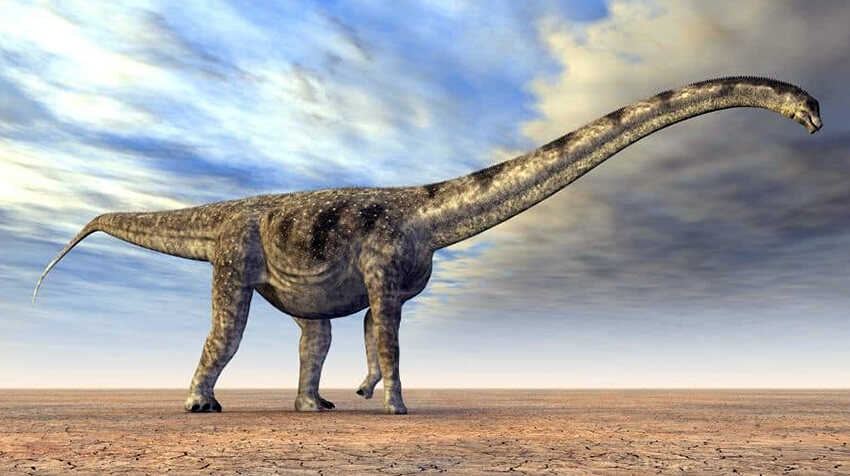 Seismosaurus are generally 29-33 meters long and 22-27 tons in weight. Seismosaurus, which means “the lizard that shakes the earth”, is one of the larger herbivorous dinosaurs that lived in the late Jurassic period.

Sauroposeidon lived in North America during the early Cretaceous period. It can reach 30-34 meters in length and 50-60 tons in weight. Sauroposeidon is the tallest dinosaur we known, at an estimated 17 meters tall. 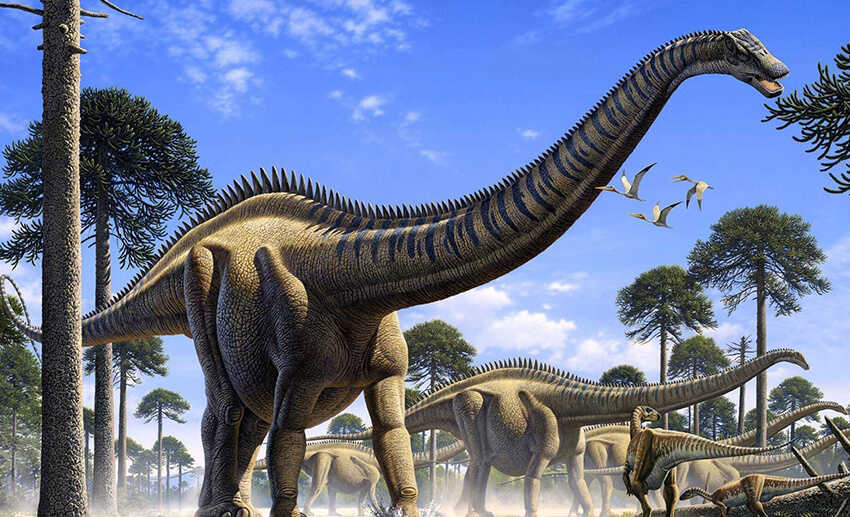 Living in North America in the early Cretaceous period, Supersaurus had a body length of 33-34 meters and a weight of 60 tons. Supersaurus also translated as Super dinosaur, which means “super lizard”. It is a kind of Diplodocus dinosaur. 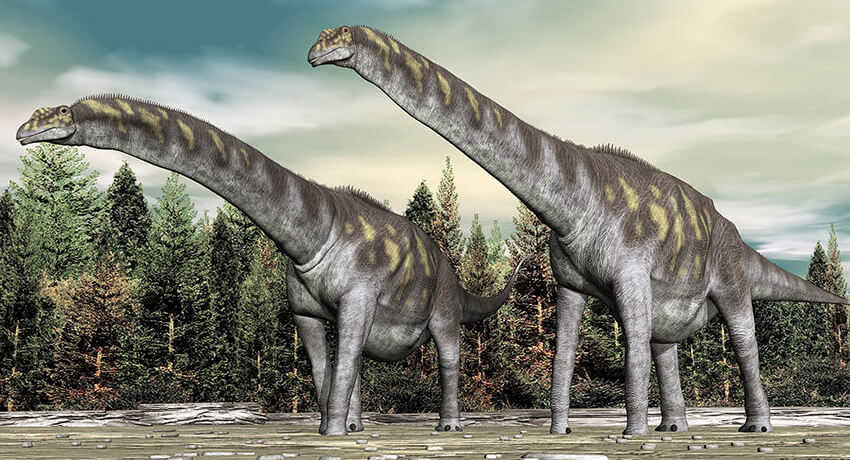 Argentinosaurus is about 30-40 meters long, and it is estimated that its weight can reach 90 tons. Living in the middle and late Cretaceous period, distributed in South America. Argentinosaurus belongs to the Titanosaur family of Sauropoda. Its name is very simple, meaning the dinosaur found in Argentina. It also is one of the largest land dinosaurs found so far.

The body length of Puertasaurus is 35-40 meters, and the weight can reach 80-110 tons. As one of the largest dinosaurs on earth, Puertasaurus can hold an elephant in its chest cavity, making it the “king of dinosaurs”. 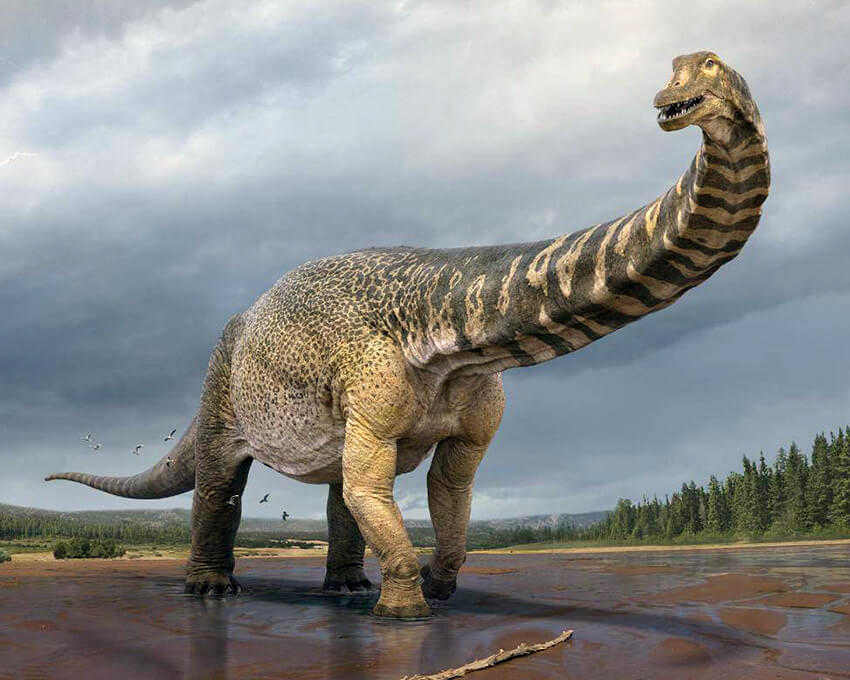 Maraapunisaurus lived at the end of the Jurassic period and was distributed in North America. The body length is about 70 meters and the weight can reach 190 tons, which is equivalent to the total weight of 40 elephants. Its hip height is 10 meters and head height is 15 meters. Excavated by fossil collector Oramel Lucas in 1877. It is the largest dinosaur in size and the largest animal ever.