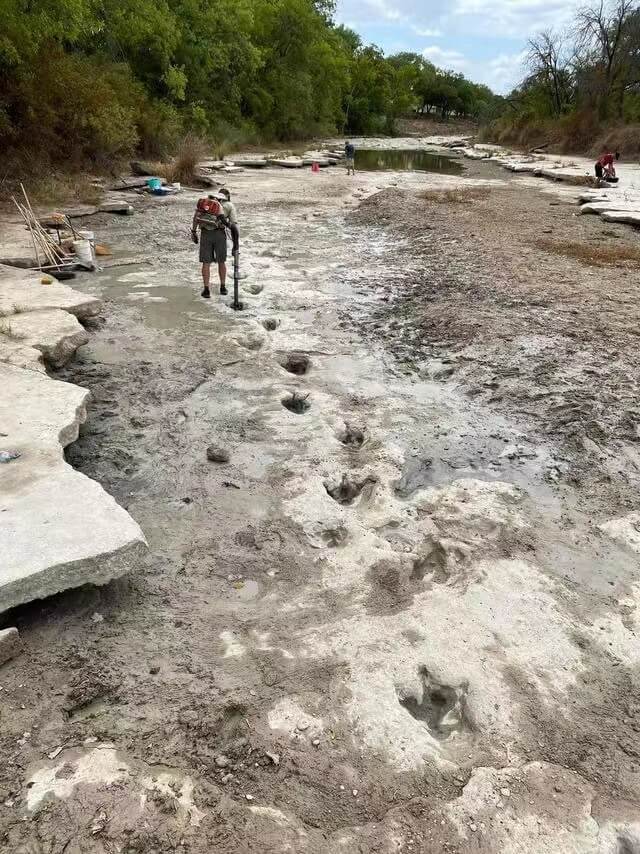 Haiwai Net, August 28th. According to CNN’s report on August 28th, affected by high temperature and dry weather, a river in Dinosaur Valley State Park, Texas dried up, and a large number of dinosaur footprint fossils reappeared. Among them, the oldest can be going back to 113 million years. A park spokesman said most of the footprint fossils belonged to an adult Acrocanthosaurus, which was about 15 feet (4.6 meters) tall and weighed nearly 7 tons. 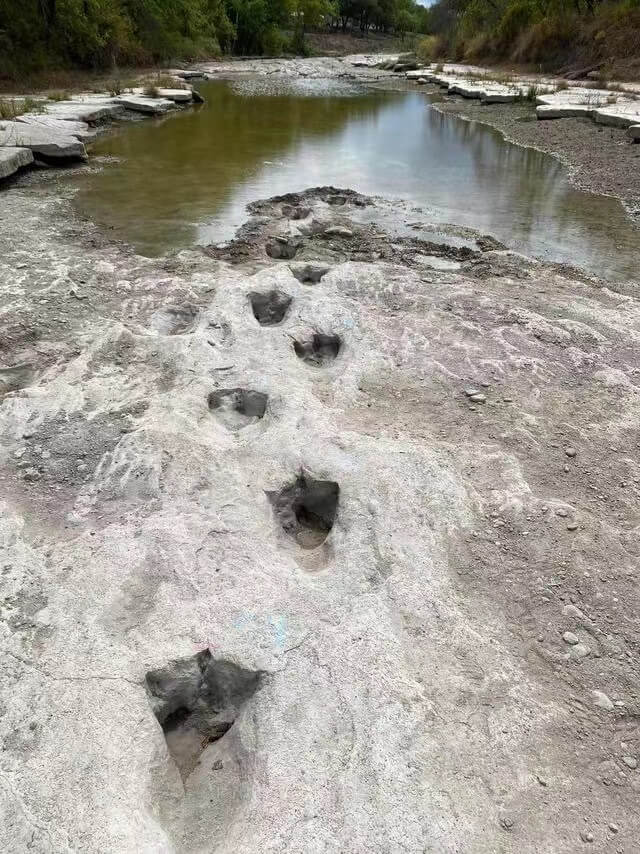 The spokesman also said that under normal weather conditions, these dinosaur footprint fossils are located underwater, covered in sediment, and difficult to find. However, the footprints are expected to be buried again after rain, which also helps protect them from natural weathering and erosion. (Haiwai Net, eiditor Liu Qiang)